BREAKING: NSA sends secret memo to @MBuhari advise president to postpone elections by few weeks because of his speculatedimminent defeat, 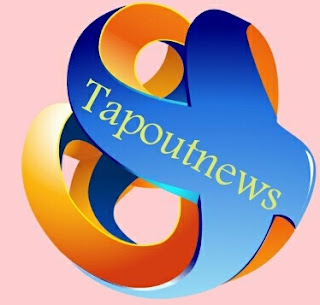 As Nigeria counts down to its most important and historic presidential elections, Tapoutnews  have exclusively gathered from sources within the Presidency that the Office of the National Security Adviser has sent an emergency memo to President Buhari who seeks re-election in 2 days requesting that the elections be postponed. Formally, the letter cites unfounded insecurity issues but a leaked closed door meeting with the NSA revealed by a source has stated that the actual reason is on the incumbent’s imminent defeat to PDP’s frontline Presidential candidate Alhaji Atiku Abubakar on Saturday if elections hold. The Presidency has reacted by mounting pressure on the INEC Chairman Mahmoud Yakubu to announce a postponement immediately as the
NSA and the DG of SS are currently in a meeting with the
President perfecting the narratives in the plan to postpone
the February 16 polls. It is clear knowledge that the
Nigerian President is out of Favor with the business, the
student, the elite and the foreign communities in Nigeria
and beyond and several high profile endorsements on
PDP’s Atiku Abubakar are clear indicators that President
Buhari’s chances at the polls are a lot slimmer than his
opponent’s. A source close to the Presidency revealed
that the NSA has studied all security reports and voter
numbers with global analysts and have arrived at the
conclusion that President Buhari will not win the elections
if they’re held on Saturday irrespective of the weight of the
ruling party’s rigging attempts. The President has since
been advised to postpone the elections by 5 weeks citing
security issues in Northern Nigeria particularly the security unrest in Zamfara and the recent attack on the Borno State Governor by insurgents. Meanwhile, Nigerians have began to travel to their various voter registration points across the federation for the biggest political decision of the decade in Nigeria and Africa by extension.
admin February 16, 2019
Next article Next Post
Previous article Previous Post
Click to comment
‹ Newer Post Older Post › Home
Subscribe to: Post Comments (Atom)