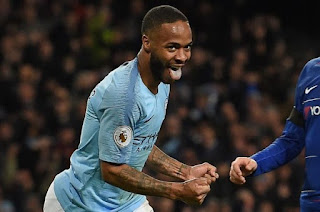 MANCHESTER CITY were impacted for seeming to ridicule Chelsea after their 6-0 pounding — by playing the Blues' triumph melody.

Frenzy tune 'One Step Beyond' was siphoned out at the Etihad after the full-time whistle on Sunday.

That is the song of praise Chelsea fans are accustomed to hearing when they document out of Stamford Bridge in the wake of seeing their group win.

Senior City authorities immediately ventured in to slice it short and apologized to their rivals, who had just been sufficiently embarrassed.