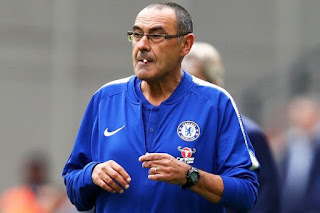 Chelsea will have their intrigue against a transfer-window exchange boycott heard by FIFA on April 11, flagging uplifting news for the club in the wake of being told the confinement would not be postponed until the proposition had been heard.

Chelsea were endorsed in connection to 29 situations where guidelines identifying with the worldwide exchange and enrollment of players younger than 18 were broken.

Chelsea immediately flagged their aim to claim yet were educated by FIFA the two-window boycott would not be postponed while a further managing was made.

An announcement said Chelsea were 'amazed' by FIFA's choice however their allure will be heard on April 11, the administering body affirmed on Monday.