Chopper with Four Us Tourists & Pilot Crash Landed in Kenya 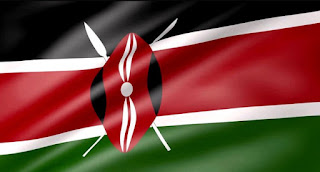 Four American travelers and a Kenyan pilot were killed when their helicopter smashed on an island in a lake in northwest Kenya, police said Monday.

The mishap happened in the Central Island National Park in Lake Turkana at around 8pm (1700 GMT) on Sunday, police said in an announcement.

Every one of the five on board the chopper were executed.

"Security work force dispatched to the scene affirmed that among the five were four Americans and the Kenyan pilot."

The reason for the accident was not quickly known, and the personalities of the unfortunate casualties would be discharged once their closest relative have been educated, the announcement said.

Known as the Jade Sea, Lake Turkana, which is mainstream with vacationers, is the most saline lake in East Africa and the biggest desert lake on the planet.

It is likewise an applicant site for the origin of humankind.

Its islands are rearing reason for the Nile crocodile, hippopotamus and a few snake animal categories while the lake itself is essential to transitory fowls.