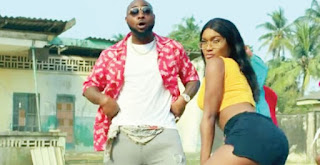 BillBoard got up to speed as of late with African worldwide genius, Davido, in an ongoing meeting in which the artist talked about his American dream, his forthcoming sophomore collection and heaps of different points.

It's insane on the grounds that ["Fall"] got in Atlanta and it's going to get grabbed in another two states. In some time, it'll be in each of the 50 states and we'll likely wrap up in L.A. also, drop the collection. I'm taking a shot at two collections at this moment: one for Africa and one for around here. That'll be insane. That may be a twofold collection."
admin March 16, 2019
Next article Next Post
Previous article Previous Post
Click to comment
‹ Newer Post Older Post › Home
Subscribe to: Post Comments (Atom)