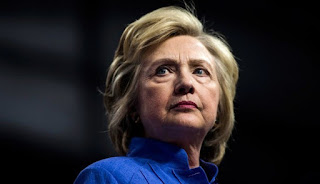 Hillary Clinton, who lost the 2016 U.S. presidential race to Donald Trump, does not plan to keep running in 2020, leaving the inside left Democratic Party's designation open for less-settled competitors.

"I'm not running, yet I'm going to continue working and talking and going to bat for what I trust," Clinton told supporter News 12 Westchester.

The rundown of potential contender for the Democratic assignment has developed as of late, however the inquiry stayed open whether the previous representative and secretary of state could again look for the gathering's designation.

Unmistakable U.S. Representative Bernie Sanders said in February he would keep running for the Democratic assignment in 2020, subsequent to missing out to Clinton in the gathering's 2016 essential decisions.