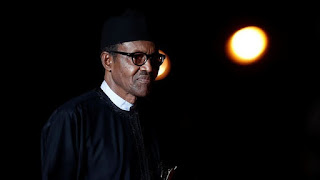 The Presidency has censured an assault on mosque which prompted the demise of 40 Muslims in New Zealand.

SEPTIN911 had revealed that Forty-nine individuals were executed and no less than 20 others harmed as shooters assaulted two mosques in Christ church, New Zealand.

The shooters were accounted for to have opened unpredictable flame at admirers, including ladies and kids, who had assembled for Friday petitions, Al Jazeera reports.

New Zealand's Prime Minister, Jacinda Ardern tending to a news meeting portrayed the assault as the most exceedingly terrible in the Pacific nation's history."

"The mosque shootings had all the earmarks of being an all around arranged psychological oppressor attack.This is, and will be, one of New Zealand's darkest days," Ardern said.

Ahmaad on his Twitter page stated: "More than 40 Muslims murdered inside a mosque, a position of love. Exceptionally tragic!