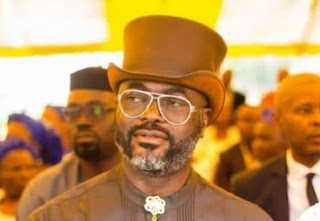 The Court of Appeal sitting in Yenagoa, Bayelsa State capital, has affirmed Chief Dumo Lulu-Briggs as the Rivers State governorship candidate of the Accord Party in 2019 general elections.
Justice A. Lamido of the Court of Appeal, Yenagoa, delivering his ruling on the matter yesterday, said that the Appeal Court ruling was in respect of an application brought before it by Wilcox Abereton, SAN, the lead counsel to Chief Dumo Lulu-Briggs.
Presiding judge granted the application for stay of execution and further granted an injunction restraining Precious Baridoo from parading himself as the Rivers state Accord governorship candidate.
“By this ruling, Chief Dumo Lulu-Briggs remains the INEC recognized Rivers State governorship candidate of Accord in Rivers State and the person whose name was legally submitted to INEC by the National Working Committee of Accord,” he said.
Recall that the Accord in Rivers state has been in crisis over who is the genuine candidate of the party, resulting in the former Chairman of the party in the state, Precious Barido, approaching a Federal High Court in Port Harcourt to challenge the candidature of Chief Dumo Lulu-Briggs.

The Federal High Court, therefore, ruled in favor of Mr Barido, few days to the Rivers governorship election, hence Dumo Lulu-Briggs and the Rivers chapter of Accord party filed an appeal at the Court of Appeal sitting in Yenagoa.