Fuel May Be Sold Above N145- IPMAN 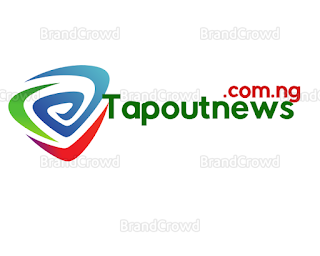 The Independent Petroleum Marketers Association of Nigeria has asked the Federal Government and the Nigerian National Petroleum Corporation to guarantee that private terminal proprietors keep up the official ex-station cost of Premium Motor Spirit (oil) at N133.28 per liter.

The Chairman, IPMAN, Ore Depot, Mr Shina Amoo, who said this in a meeting with our journalist in Lagos on Monday, expressed that free advertisers may before long begin selling past N145 per liter if station proprietors kept on selling somewhere in the range of N136.50 and N137 per liter.

Amoo asked the NNPC to win on warehouse proprietors not to sell past the official ex-station cost so as to empower advertisers to pitch to customers at N145 per liter.

He stated, "Private warehouse proprietors have expanded the ex-terminal cost of PMS past N133.28 per liter. We purchased a liter of PMS somewhere in the range of N136.50 and N137 per liter from private terminal proprietors a weekend ago. This can influence the siphon cost at which autonomous advertisers will sell the item, and it will surely be past the N145, which is the official siphon cost.

"We, autonomous advertisers, are honest. We would prefer not to sell over the official siphon cost and that is the reason we are encouraging the legislature to take care of business and make the item liberally accessible. They should screen private terminal proprietors to ensure they don't sell over the official ex-station cost of N133.28.

"The NNPC is the sole merchant and no one has the privilege to expand the cost yet in the event that they keep on pitching to us over the official ex-warehouse cost, we will have no choice than to build the siphon cost above N145 per liter. The expansion in cost by private stop proprietors will in the end push the weight on the advertisers and last buyers."

Amoo praised the Federal Government for the restoration of the Ilorin Depot of the NNPC while asking it to resuscitate the Ore Depot too so as to diminish the issue of transportation of oil based goods and to make more occupations in the territory.

He stated, "The subsisting ex-warehouse petroleum cost of N133. 28k per liter was reliable with the Petroleum Products Pricing Regulatory Agency's format and ought to be clung to."