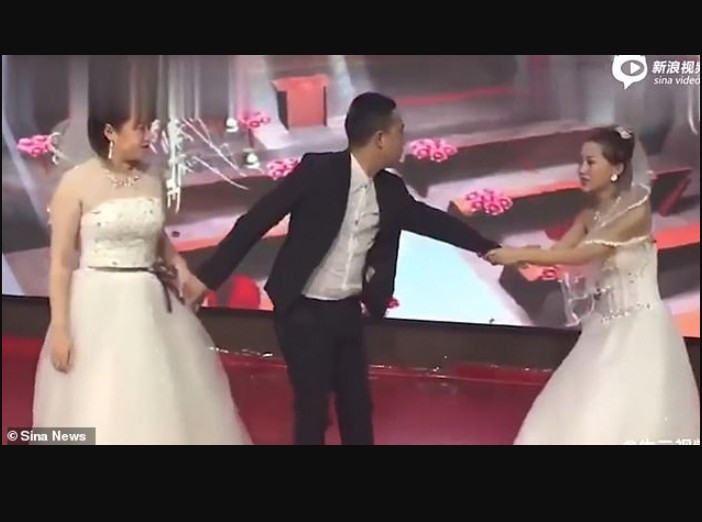 An embarrassing drama occurred at a wedding in China as a spurned lover gate-crashed her ex-boyfriend's wedding to another woman wearing a bridal gown to beg him to come back to her.

In the viral video, the visibly emotional ex-girlfriend can be seen yelling at the groom 'it was my fault' while kneeling in front of him as his bride watched on in shock.

The ex-lover was said to have stormed the ceremony when the groom was about to kiss the bride on a stage. The drama didn't go down well with the bride, as she was forced to leave the venue, looking angry.

According to Star Video, affiliated to Hunan Legal Channel, the groom broke up with his ex-girlfriend because their personalities were too different. He appeared to be caught in surprise when the woman suddenly showed up at his wedding uninvited, also wearing an elaborate white dress.

His ex-girlfriend begged him to forgive her and give her another chance while the man held his stunned fiancée's hand in an attempt to calm her.

Watch video at the Link below