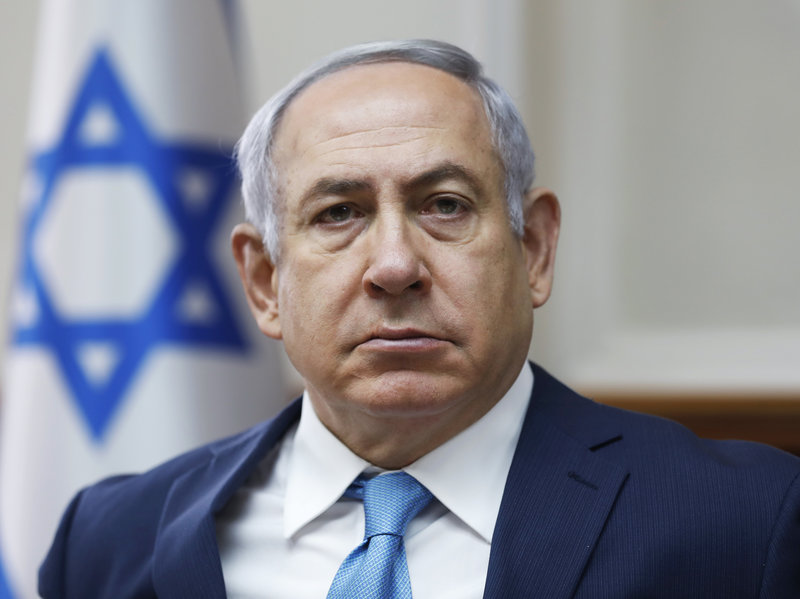 Israelis head to the polls today for a general election in which electorate will vote a new prime minister.

Prime Minister Benjamin Netanyahu is fighting for his political survival.

As expected, analysts are speaking on the chances of the front runners.

Benjamin Netanyahu is running for his fifth term in office. If re-elected, he will overtake Israel’s founding father David Ben-Gurion in July as the country’s longest-serving prime minister.

However, Mr Netanyahu is facing both serious corruption charges, pending a final hearing with the attorney general, and his toughest competitor in years – Benny Gantz.

Mr Gantz, a former chief of staff for the Israeli military who is a newcomer to politics, can rival Mr Netanyahu on security – one of the election’s key issues – and promises cleaner politics.

His centrist Blue and White alliance – formed with two other former military chiefs and the former TV anchor-turned-politician Yair Lapid – was initially doing slightly better than Mr Netanyahu’s Likud party in opinion polls, although the situation has since reversed.

The close race is leading to an aggressive and often dirty election campaign with lots of smear attempts. Israeli voters tend to decide who to support on the basis of the candidates’ personalities, rather than their policies, and whether they consider them strong leaders.

No single party in Israel has ever won a majority of seats in parliament; the country has always had coalition governments.

That means the prime minister is not always the person whose party wins the most votes, but the person who manages to bring together enough parties to control at least 61 of the 120 seats in the Knesset.

Some polls suggest that Mr Netanyahu is more likely to be able to form a coalition than Mr Gantz because of the prime minister’s close relationship with other right-wing parties and religious parties.

In a widely criticised move to lock down extra right-wing seats, Mr Netanyahu brokered a deal making it easier for candidates from an extreme-right wing party that many view as racist to enter parliament.

Recent weeks have seen tensions flare between Israel and Palestinian militants in Gaza, and US President Donald Trump is expected to publish his plan to solve Israel’s long-standing conflict with the Palestinians soon after the election.

However, ways to revive the moribund peace process have not been a main subject of electoral debate. The Israeli public sees little hope in the long-standing international formula for peace – the “two-state solution”.

Prominent members of Mr Netanyahu’s current right-wing governing coalition openly oppose the creation of a Palestinian state and want to annex much of the occupied West Bank.

Blue and White’s campaign platform refers to “separation” from the Palestinians but does not specifically mention them having a state.

It also supports a “united” Jerusalem as Israel’s capital, although Palestinians claim the east of the city as their future capital.

Israel’s Labour Party, which sealed a breakthrough peace deal with the Palestinians in the 1990s, has lost favour with voters.

There are 6.3 million Israeli voters, and the social, ethnic and religious groups to which they belong can be a key factor in deciding what they do on election day.

Israel’s religious Haredi population is over a million-strong. Traditionally, ultra-Orthodox Jews of European descent and those of Eastern descent have taken advice from their rabbis and voted for dedicated parties.

However, more are now voting for mainstream parties, mostly those on the right. Among the key issues for them is ultra-Orthodox conscription in the military, which is due to come up again in the next parliament.

Israeli Arabs make up almost a fifth of the population, but surveys suggest that fewer than half of those eligible to vote plan to do so.

Turnout among Arabs was boosted in 2015, when four parties ran together under the Joint Arab List, to take 13 seats. But the list has broken up for this election.

The leader of the ultra-nationalist, libertarian Zehut party, Moshe Feiglin, could emerge as a kingmaker in future coalition talks, with polls suggesting it could take at least four seats.

Mr Feiglin says he has no preference between Benjamin Netanyahu and Benny Gantz as prime minister.

Mr Feiglin is well known for his calls to legalise cannabis but his party has an eclectic platform.

He has a hard-line position on the Palestinians and wants to encourage them to emigrate from the occupied West Bank and Gaza.