Sterling the PFA player of the year 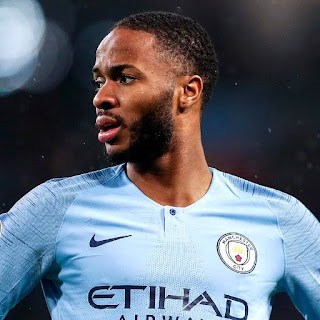 Raheem Sterling’s stunning season for Manchester City has earned him the PFA Young Player of the Year award.
Pep Guardiola’s treble-chasing side remain on course for a memorable league title this season, having tussled with Liverpool for the crown all campaign.
City reclaimed top spot in the Premier League on Sunday with a hard-fought 1-0 victory at Burnley , and now sit one point clear of their rivals with just two games remaining for each side.
Sterling has played an integral role in their title pursuit and was one of two City players on the six-man shortlist for this accolade, with team-mate Bernardo Silva joining him.
But it was the England superstar who collected the coveted trophy on Sunday at Grosvenor House in central London after a season which has seen him display his goalscoring prowess.
He has deservedly earned praise this season for his impressive displays on the pitch and for taking an active role in highlighting football's continued issue with racism.
Sterling has scored 17 Premier League goals this campaign, four behind Liverpool forward and Golden Boot pace-setter Mohamed Salah.