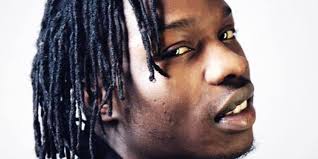 At the court premises, a group of young people suspected to be rented crowd by friends of the singer can be heard shouting “free Marley”.
His mother who is wearing a red gown is also present at the court to witness the hearing.
He was charged to court by the Economic and Financial Crimes Commission on an eleven-count charge for his alleged connection to advance fee fraud popularly called ‘Yahoo Yahoo’, cybercrime, possession of counterfeit cards and conspiracy to obtain gain.
After the 11 count charges were read to him, he pleaded ‘not guilty’.
The prosecuting counsel led by Rotimi Oyedepo prayed that the musician be remanded in prison custody pending the hearing of bail application.
Following this proceeding, the defense counsel represented by Taiwo Oreagba passed on an application for bail and a need for the defendant to remain in EFCC custody.
Now, he had been realsed but with a sum of two (2) million naira.
admin May 30, 2019
Next article Next Post
Previous article Previous Post
Click to comment
‹ Newer Post Older Post › Home
Subscribe to: Post Comments (Atom)