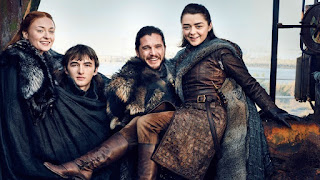 Were you disappointed? A lot of fans were and had lots to say.
Despite having arguably the largest cast in television history, there was only a limited amount of players left for the final episode. Daenerys Targaryen (Emilia Clarke), Jon Snow (Kit Harington), Davos Seaworth (Liam Cunningham), Tyrion Lannister (Peter Dinklage), and Arya Stark (Maisie Williams), Sansa Stark (Sophie Turner) and Bran Stark (Isaac Hempstead Wright) were among the few characters to make it to the end and meet their fate.
The final episode of the award-winning series saw Bran Stark named king after Snow killed Dany, causing Dragon to burn the Iron Throne to the ground.
Ultimately, The North will remain an independent state ruled by Sansa, and “Bran the Broken” became king of the Six Kingdoms. Jon was sent North of the Wall, Tyrion became hand of the king, Arya went off on her own, and Sam presented the small council with a history book titled, you guessed it, A Song of Ice and Fire.
After taking a moment to process what happened, fans, of course, didn’t hold back their reactions online — and many were disappointed with the way it unfolded.
Many viewers expressed their disappointment in Bran taking the Throne.
“We came all this way for the useless #BranStark to be the new King of Westeros? Let the log show I am displeased,” wrote one Twitter users:
But overall, fans haven’t been happy with the whole season. Despite the major plot developments, viewers were left wanting more from a series that has spent the last eight seasons meticulously building up complex characters.
“So this was very underwhelming,” wrote one fan.
Another dubbed the finale the “worst episode of the entire series.”
“Game of thrones finale is quite possibly the worst finale of a series,” noted another fan.
The closing episode clocked in at a total of 79 minutes, just like “The Bells” last week. The final two episodes tied for the longest running episode of the season, closely behind the third episode, “The Long Night,” which ran for 82 minutes total.
Ahead of the finale, Harington admitted that he expected there to be some mixed reactions to the ending.
“I haven’t watched a single series that has a following like Thrones does where everyone is satisfied with the ending,” he said. “I don’t think that it’ll be any different with this. I think it will divide opinion.”
Share your thought. 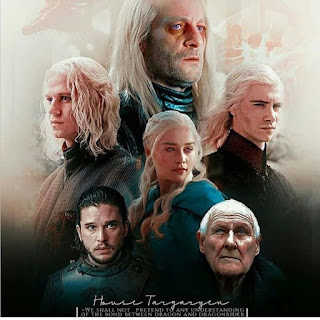