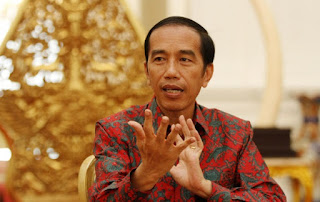 Indonesian presidential candidate Prabowo Subianto said on Tuesday he did not accept official election results giving President Joko Widodo a second term because he believed there had been cheating in the poll.
He also told reporters he would “continue to make legal efforts in line with the constitution to defend the mandate of the people and the constitutional rights that were seized”.
Earlier, a campaign official said the retired general would contest the result in the Constitutional Court.
Source
admin May 21, 2019
Next article Next Post
Previous article Previous Post
Click to comment
‹ Newer Post Older Post › Home
Subscribe to: Post Comments (Atom)