Just In: China slams US ‘lies’ about Huawei’s government ties 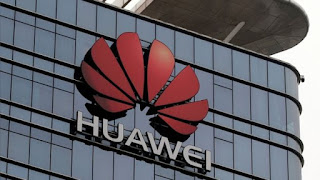 China ramped up a war of words with the United States over Huawei on Friday, accusing Washington of spreading “lies” about the telecom giant thrust to the centre of their trade war.
The fiery response came hours after US Secretary of State Mike Pompeo rejected Huawei’s denials that the Chinese company works with the Communist government.
The Trump administration has infuriated Beijing by blacklisting the smartphone and telecommunications company over worries that China uses it as a tool for espionage, and allegations of breaking sanctions on Iran.
Huawei has repeatedly denied it works with the Communist-led government.
“To say that they don’t work with the Chinese government is a false statement,” Pompeo told CNBC on Thursday, adding that Huawei was “deeply tied” to the Communist Party.
Chinese foreign ministry spokesman Lu Kang said US politicians have spread rumours about Huawei without providing evidence.
“These American politicians continue to fabricate various subjective, presumptive lies in an attempt to mislead the American people, and now they are trying to incite ideological opposition,” Lu said at a regular press briefing.
Trump on Thursday again said Huawei posed a threat to national security.
“You look at what they’ve done from a security standpoint, a military standpoint. Very dangerous,” he told reporters at the White House.
The heated rhetoric comes as trade negotiations have stalled, with neither side announcing a new date to resume talks after they exchanged increases in tariffs earlier this month.
But Trump also said Thursday there was a “good” possibility that the two sides will strike a bargain and linked Huawei to any deal for the first time.
“If we made a deal, I can imagine Huawei being included in some form or some part of a trade deal,” he said.
Source
admin May 24, 2019
Next article Next Post
Previous article Previous Post
Click to comment
‹ Newer Post Older Post › Home
Subscribe to: Post Comments (Atom)