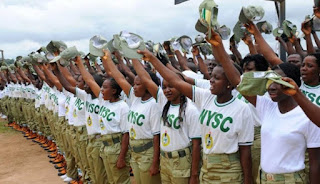 The Nigerian government on Thursday gave an update on the implementation of the new National Minimum Wage.
Mrs Zainab Usman, the Minister of Finance, said that the financial implications had been worked up on by the Presidential Committee set up and that the report had been submitted to the president.

She stated this on Thursday in Abuja, while speaking in a news conference on the state of the Nigerian economy.

“We have looked at the report and what we are working on now is how we can finance it”, NAN quoted her as saying.

“Apart from the increase of the minimum wage from N18, 000 to N30, 000, there is also consequential adjustment that we have to negotiate with the labour unions.

“The total implication of that would be worked out only after the negotiations and that would involve determining how much increase every other staff that is above the minimum wage would get".

“It could be a flat amount or a proportion, but the other aspect that is clear is that there would be an increase for the National Youth Service Corps (NYSC) as well because by the Act they should earn at least the minimum wage and the NYSC also has to increase to that N30, 000".
admin May 17, 2019
Next article Next Post
Previous article Previous Post
Click to comment
‹ Newer Post Older Post › Home
Subscribe to: Post Comments (Atom)