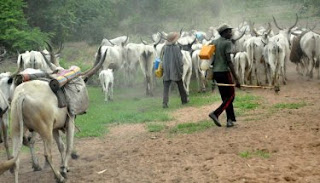 The Governor of Katsina State, Aminu Bello Masari, has signed an Act of the Penal Code law prescribing death sentence for the offences of kidnapping and cattle rustling in the state.

Furthermore also, a person convicted with the offence of rape will be sentenced to life imprisonment, apart from paying huge fines and compensation to the victim. While speaking at a ceremony in the Government House, Masari stated that the government took the decision to review the laws to serve as deterrence to persons who may have the intention of committing the derogatory  crimes.
The governor also signed an amendment to the Criminal Justice Act as recommended by the Federal Government, pertaining to the administration of justice in the country including speedy trial of cases in the various courts. According to Masari, “Katsina State is currently facing certain security challenges.”
The state, has been  seen within the  past few months to have joined Zamfara and Kaduna states in acquiring the disheartening tag of notoriety in kidnapping and cattle rustling as bandits continue to inflict terror on a number of communities in the area, killing residents without restriction and burning down entire villages. From Batsari to Faskari and Dan-Musa and Kankara Local Government areas, the bandits’ strike and retreat into the Rugu forest while surviving residents flee, sometimes to nowhere and in most cases the security agencies arrive several hours after the attacks.
admin May 25, 2019
Next article Next Post
Previous article Previous Post
Click to comment
‹ Newer Post Older Post › Home
Subscribe to: Post Comments (Atom)