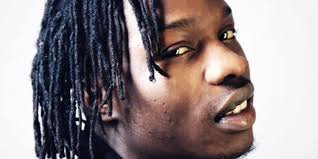 The past few weeks on social media has been riddled with the news of hip hop star Naira Marley’s arrest by the Economic Financial Crimes Commission (EFCC), especially after his court appearance.
In a recent development, the rapper is reported to have been involved in a robbery and sexual assault at the age of 19 and was declared wanted by Lewisham Police in London.
A report from five years ago, June 11, 2014 by News Shoppers, shows the rapper listed amongst other criminals who were wanted for sexual assault at the time.
See below;