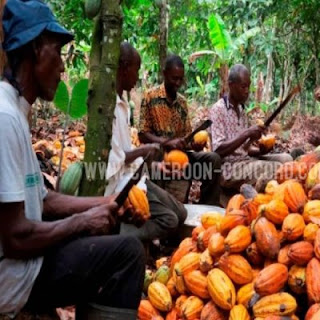 The Nigerian Export Promotion Council (NEPC) says it has trained more than 200 youths toward building their capacity to embark on business successfully and to promote exportation.
The Executive Director of NEPC, Mr Olusegun Awolowo, disclosed this in Abuja at the graduation of 62 trainees of  batch five “Zero to Export’’.
Awolowo, who was represented by Mr William Ezeagu, Director of Product Development in the council, said that NEPC would continue to create opportunities for Nigerians to imbibe the culture of exportation through capacity building programmes.
“The essence of our gathering today underscores the crucial role that the non-oil export sector plays in the present administration’s effort at diversifying the Nigerian economy to stop over reliance on oil,’’ he said.
The executive director said that the council had trained and graduated more than 200 trainees from the Lagos, Port Harcourt, and Abuja centres, adding that most of the trainees had formed cooperatives and had become exporters.
He said that the Zero to Export programme had been part of the council’s efforts to reposition the non-oil sector and enforce the narrative of the council through job creation and inclusive growth.
“NEPC will continue to encourage Nigerians to take advantage of the diversification process of the Federal Government through the promotion of non-oil export activities.
He explained that the Zero to Export programme was  an effective tool for introducing companies into the export business.
“This is because NEPC recognises the fact that many companies desire to go into the export business, but lack the capacity and skill to embark on the business successfully,’’ he said.
According to him, the council will provide the sum of N500, 000 to the cooperative societies formed by participants of the graduating trainees.
The money is expected to serve as seed capital to enable the co-operative society to begin the export business without hitches.
He advised the graduates to use the knowledge and skills acquired to make the programme worthwhile.
“This way the huge investments in material and resources deplored by the council will be justified,’’ he  said.
He said the initiative was one of the flagship programmes of the council that focuses on creating new generation of Nigerian exporters through practical and theoretical training of business executives and bankers.
He identified the others as civil servants, unemployed graduates, and retired citizens with interest in export business.
Th executive director said that the programme was anchored on a Public Private Partnership.
A trainee, Mr Chester Iweagwu, who spoke on behalf of the others, said that the training would help them expand and do better in their businesses.
Iweagwu expressed appreciation to the council and urged it to build the capacity of more youths who would see to it that the rating of goods to be exported was up to international standard.
“This training (on exportation) will go a long way toward imbibing the culture of international best practice,’’ he said.
NAN
admin May 22, 2019
Next article Next Post
Previous article Previous Post
Click to comment
‹ Newer Post Older Post › Home
Subscribe to: Post Comments (Atom)