-->
Home Politics The FG Declares May 29, June 12 As Public Holidays

The FG Declares May 29, June 12 As Public Holidays 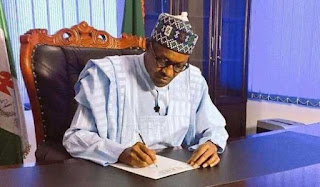 The Federal Government of Nigeria has said that both May 29 and June 12 would be observed as Public Holidays.
The Minister of Information and Culture, Alhaji Lai Mohammed stated this clearly at a world press conference in Abuja on Monday when interviewed by journalists if May 29 will still remain a Public Holiday.

The Minister also said that activities leading to the inauguration of President Muhammadu Buhari will officially kick off, 20 May with the press conference.

According to the Minister, the official commencement of the new Democracy Day in 2019 was in fulfilment of President Buhari’s announcement in 2018.

He added, “Activities leading to the inauguration of Mr President officially kicks off monday with this media conference and will be followed on Tuesday by the commencement of a three-day National Youth Entrepreneurship Empowerment Summit.”