-->
Home Sport This is the COLLAPSE of the century! Valverde & Barca bottlers humiliate themselves in Anfield meltdown!!!

This is the COLLAPSE of the century! Valverde & Barca bottlers humiliate themselves in Anfield meltdown!!! 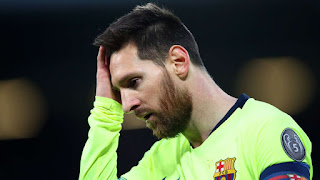 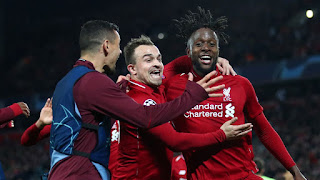 Barcelona incredibly threw away a three-goal first-leg lead against a depleted Liverpool to suffer one of the worst defeats in their history
Barcelona did it again. The impossible. Throwing away a three-goal first-leg lead in the Champions League.
Except this time it was worse. Worse than last season’s beating by Roma because they knew just what they were in for at Anfield, a step away from the final.
Barcelona turned their 3-0 triumph at Camp Nou into dust, lying down and becoming a red-and-blue carpet for Liverpool to walk over into the final.

Liverpool’s fourth goal in their 4-0 win, the winning strike, summed up Barcelona’s total failure, everybody sleeping as Divock Origi and Trent Alexander-Arnold teamed up for a cunning corner routine.
But there were mistakes all over the pitch from the Catalans - and on the sidelines from coach Ernesto Valverde.
The inquest begins here and there will be repercussions.
Liverpool started strongly, with Origi capitalising on a Jordi Alba error to slam home from close range, but Barcelona seemed like they had weathered the storm.
Liverpool’s insane pressing and energy in the first half hour only yielded that one goal, and the Catalans started to battle back. 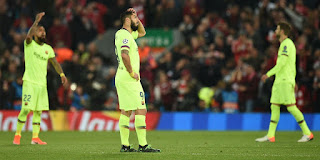 Winning in the Spanish capital to wrench the European Cup out of Real Madrid’s hands, after three years of domination from Los Blancos, would have been the dream finish to what should have been Barcelona’s third treble.
But two Georginio Wijnaldum goals in under three minutes sent the Catalans crashing down to earth, with their hearts in their mouths.
Letting the game get to this position was embarrassing enough for Barcelona, who had vowed to avenge their humiliating defeat by Roma last year by carefully avoiding the mistakes of the past.
Winning 4-1 at Camp Nou then losing 3-0 in the Italian capital ruined last year’s double winning season.
Now this collapse will tarnish what looks to be another double, with La Liga wrapped up and the Copa del Rey final against Valencia to follow.
Nothing went Messi’s way.
The Argentine, usually so decisive and so compulsive, was swallowed up by Liverpool’s intensity and desire. 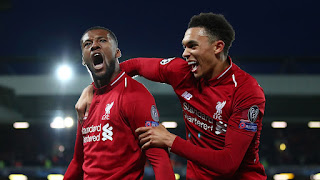 Driven on by the raucous Anfield crowd, Jurgen Klopp’s side barely gave the Argentine room to breathe, let alone move.
An early chance where he checked back instead of shooting saw him robbed, with the No 10 taken by surprise - he usually gets half a second longer in La Liga.
After the fourth goal went in he looked shells hocked, traumatized. Barcelonismo - the club and everything around it - felt exactly the same.
With no Mohamed Salah, no Roberto Firmino and seemingly no hope, somehow Liverpool were level.
Valverde threw on Arthur to try and regain some control of the match - perhaps starting with the Brazilian might have been wise, before they had let their huge lead slip.