Trump’s Bullying is Dividing the World 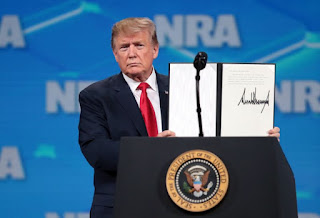 Right before Trump became the president of United States we already knew that he was a big bully, what we never knew was how his heavy bullying nature will affect the entire world, nor how it will show his fears.America has been polarized polarized by trumps Behaviours and outspokenness since he became president.Trump has successfully shown that he willing to further divide the world with his approaches to global issues and trade.
Secretary of State Mike Pompeo, showed that he has adopted Trump’s undiplomatic footsteps by dissing Theresa May when he visited the UK, he insultively compared May to the venerated Margaret Thatcher.
He said “Ask yourself: would the Iron Lady be silent when China violate the sovereignty of nations through corruption and coercion?”When Trump visited the UK he equally dissed the PM, suggesting May dumped his advice on Brexit and suggested that the Foreign Secretary MP Boris Johnson would perform better.The whole systematic bullying has its purpose. This time it’s because Trump wants deal with China, firs time he did that in a bid to split EU.Many people already know that Trump would take his bullying out on his enemies, which will also divide his allies.It’s very clear that Trump does not bully those he fears; Russia’s Vladimir Putin has not been bullied by Trump which shows clearly that he fears the Russian president.
Trump has successful destroy the domestic and international legacies by former president Obama.
Source
admin May 16, 2019
Next article Next Post
Previous article Previous Post
Click to comment
‹ Newer Post Older Post › Home
Subscribe to: Post Comments (Atom)