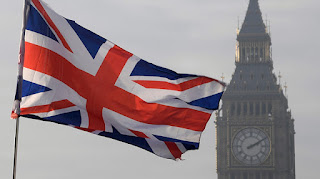 British-Iranian dual citizens should stop all travels to Iran, the British Foreign Office said.
In a statement issued by the Foreign Office which said it has changed its travel advice because of the Iranian government’s “continued arbitrary detention and mistreatment of dual citizens.”
“The advice has also changed because of Iranian citizen links with UK institutions,” it added.
The Foreign Office also advised British citizens against traveling to Iran, saying they should not travel within 100 kilometers (62 miles) of the Iran-Afghanistan border and within 10 kilometers (6.2 miles) of Iran-Iraq border.
It said Sistan-Baluchistan province and the area east of the line running from Bam to Jask, including Bam should be avoided.
“Dual nationals face an intolerable risk of mistreatment if they visit Iran. Despite the UK providing repeated opportunities to resolve this issue, the Iranian regime’s conduct has worsened,” British Foreign Secretary Jeremy Hunt said.
“Having exhausted all other options, I must now advise all British-Iranian dual nationals against travelling to Iran.
“The dangers they face include arbitrary detention and lack of access to basic legal rights, as we have seen in the case of Nazanin Zaghari-Ratcliffe, who has been separated from her family since 2016,” Hunt added.
“Regrettably, I must also offer a message of caution to Iranian nationals resident in the UK – but who return to visit family and friends – especially where the Iranian government may perceive them to have personal links to UK institutions or the British government,” he said.
Nazanin Zaghari-Ratcliffe, a British-Iranian dual citizen, was arrested in 2016 without access to a lawyer and sentenced to five years in prison after being convicted of spying for an illegal group.
admin May 19, 2019
Next article Next Post
Previous article Previous Post
Click to comment
‹ Newer Post Older Post › Home
Subscribe to: Post Comments (Atom)