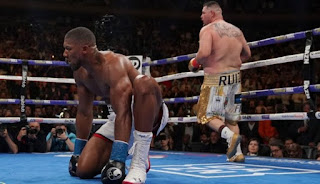 Anthony Joshua’s bid to make a splash in his US debut ended in misery for the three belts heavyweight world champion with a stunning loss to underdog Andy Ruiz at Madison Square Garden on Saturday.

Ruiz recorded a monster upset, knocking down Britain’s Joshua four times to take the World Boxing Association, International Boxing Federation and World Boxing Organization titles.
Ruiz came into the fight as a massive 20-1 underdog. But he won it in the middle of the seventh round when the referee stopped it at 1:26 of the round after the fourth knockdown.

Anthony Joshua loses to Andy Ruiz Jr in one of the greatest upsets in the history of the sport.
Despite Anthony Joshua putting Ruiz down in round three, the new champion went on to put Joshua down twice in the same round before disrupting whatever plans Joshua had with his hand speed and power.
Anthony Joshua seems confused throughout the fight and was largely fighting to survive despite been the bigger man.
This shock was almost as seismic as Mike Tyson’s defeat by Buster Douglas. Not quite as massive since Joshua has not achieved such greatness as Iron Mike but remarkable because it was delivered by a Mexican warrior we had foolishly under-rated because of his unathletic appearance.

And Tyson did not surrender the way Joshua did after one minute and 27 seconds of the seventh round.
Joshua, with however much of his self-belief is left, will enforce his rematch clause but there can be no certainty that the outcome will be any different. Even though that fight will be in London.
Whether he will ever fight his nemesis Deontay Wilder again, let alone for the cherished undisputed championship, is hardly a question worth putting now. 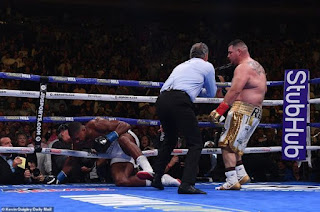 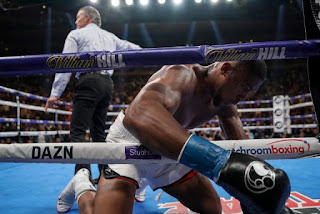