#whatsappdown: Whatsapp And Facebook Crash down In Four Countries 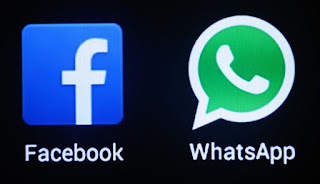 Today, instant messenger  WhatsApp and Facebook experienced a major outage across the UK with similar reports coming from The Netherlands, Germany and Spain.

According to DownDetector the problems started at around 10:30am BST, and affected users across the UK and parts of Europe.
The reason for the crash remains unclear, although 64% of those who reported an issue said it was with connection, while 33% said they weren’t receiving messages.
According to Facebook’s Developers site, there was a ‘Major Outage’ for developers across the UK.
admin June 06, 2019
Next article Next Post
Previous article Previous Post
Click to comment
‹ Newer Post Older Post › Home
Subscribe to: Post Comments (Atom)